Is Your Company As Inclusive & Diverse As You Think?

Facebook Live: Is Your Company As Inclusive and Diverse As You Think? 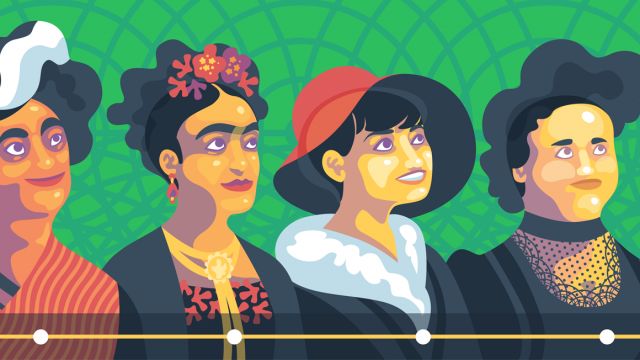 Despite the two companies having similar-sounding names, we’re not related. We are, however, working together on a pilot program to empower women within Evernote. So we asked the head of women’s leadership at Everwise, Elizabeth Borges, to be our guest on a special Facebook Live event celebrating International Women’s Day and Women’s History Month. We wanted to ask Elizabeth about EverwiseWomen, a 12-month learning experience designed to help women advance their careers. This mentor program now has 400 women from 80 companies (including Evernote) enrolled as both career mentors and mentees.

Since she was hosted by Michelle Wagner, the head of Evernote’s People Team, Elizabeth was eager to find out more about what Evernote is doing to create a diverse, inclusive work environment for all employees. The result was an eye-opening look into the modern workplace, how far we’ve come to create gender parity and a discussion about how much we all still have to do.

As an ambassador to companies looking to increase diversity and gender equality, Elizabeth’s goal is to spread awareness of the issue and to help companies close the gender gap. The World Economic Forum has estimated that at the current rate of change, it will take 170 years before the global workplace reaches parity. “Companies do better when there are more women in leadership, and more inclusive leadership teams," Elizabeth said. “But what can companies and women do to make this happen?"

“At the current rate of change, It will take 170 years before the global workplace reaches gender parity."—Elizabeth Borges

Everwise believes the answer lies in recreating for women an age-old male tradition—the “good old boy’s club." Networking, mentoring, and relationship-forming have always brought men together in their professional lives, but women have traditionally been excluded. As a result, she says, women never form those professional relationships that have bolstered their male counterparts to leadership roles. This is the type of atmosphere that Everwise creates.

Matching mid- and entry-level women with more advanced counterparts is only part of the plan: senior professionals can not only be mentors, but many, and for the first time in their lives, can also be mentored. The women meet regularly and discuss ideas, questions, and challenges. A program like that, sponsored by a company that wants to support women taking on leadership roles, is a great place to start.

Mentoring can be a grassroots effort, too, Elizabeth told Facebook Live audiences. All it takes is one person reaching out to another. A leader could mentor someone just outside of their network and offer to support their career growth. But someone looking to be mentored can ask for support, too. “Sometimes, just having someone else who cares will give you the motivation to grow," Elizabeth said. “Sharing your network is hugely helpful. And karma will bring it back someday."

Michelle, who serves as a mentor to another member of her staff, agrees. “Sometimes I feel a little selfish," she confessed. “I sometimes think I get more out of mentoring than I give."

The other side of the coin

An initiative to support and advance women must not be exclusionary, Elizabeth cautioned. Companies looking to create a diverse workforce have to learn to hire people without bias. They must select a candidate because he or she is the best person for the job, and for no other reason. “Discrimination happens at the point where you decide about a candidate," she said. “If you find the best candidate without taking anything else into consideration, you’re not discriminatory. There is a perception that if you hire someone from a particular background, you aren’t hiring the best person. Doing that doesn’t set up anyone for success."

“At Evernote," Michelle said, “one of the ways we’re working on inclusiveness is by taking a look at how we write our job descriptions. Studies have concluded that when a man reads a job description, he will apply for the job if he feels he can do 30 percent of the responsibilities listed. But women need to feel they can do 70 percent of it before they apply." Evernote works with a partner called Textio that analyzes job descriptions and highlights words that are leaning toward masculine or feminine bias. The tool helps the people team write job descriptions that are more meaningful, and Evernote’s people team has seen a better balance of applicants as a result.

“If you’re a small business owner," Michelle advised, “it may be helpful to share job descriptions to your network to check your biases. Get someone else’s perspective. Men and women tend to look for different things when they read a job description. Women tend to be interested in the job and the company’s purpose and aren’t looking for a list of the cool tools they’ll get to use. They want to know how the company’s product will benefit people in the long run."

Inclusiveness is in the data

When a viewer asked how companies can ensure inclusiveness not only during the hiring process but for each employee, Elizabeth asked Michelle how Evernote does it. “We weren’t collecting data demographics on our employees," Michelle explained. “When we wanted to, we were careful to ask employees first. We keep everything confidential; we don’t want anyone to think we’re not using the information in the right way. But we need to have it to make sure we’re on track."

Evernote also conducts salary reviews twice a year, Michelle added. That initiative ensures employees are compensated fairly when compared against the location, and industry average, but it is also a way to achieve gender parity—equal pay for equal work. Having this kind of data helps raise awareness of compensation inequality, and gives companies like Evernote the chance to correct it. Evernote also surveys employees anonymously every quarter to find out if they feel included and if the company continues to be diverse. “These results are discussed at every level," Michelle said. “We take it very seriously."

“Lift as you climb"

As Evernote embarks on its pilot mentoring program with seven women within the company, Elizabeth advised that being mentored involves self-reflection. “It sounds obvious," she said, “but we have to ask, ‘where do you want to go? What kind of career are you building for yourself? Are you sure what the next step in your career is?’ A lot of women don’t know," she said.

Getting to that answer takes a lot of soul-searching and advice from someone who’s been through it. And often, mentors also have a ‘next step’ to think about, too. “That’s why we tell women, ‘lift as you climb," Elizabeth said. Mentoring and being mentored is at the heart of chipping away at that 170 years, achieving gender parity within our lifetimes. That’s the goal of Everwise, and for forward-thinking companies who partner with them.

Find out more about what you and your company can do to achieve gender equality and inclusiveness. Watch the replay of the Facebook Live above.