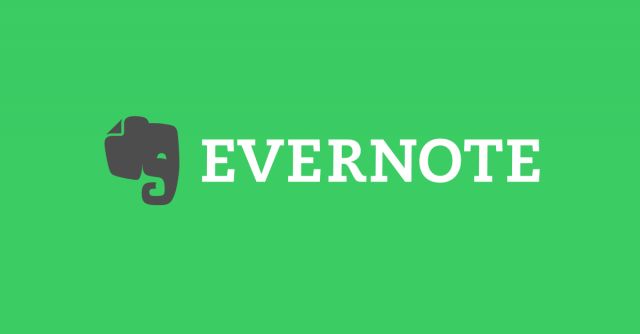 The world gives 2016 mixed reviews, at best. Every year has its challenges and triumphs, so in the spirit of gratitude, here’s a look back at the positive changes Evernote went through in 2016. With a renewed focus on you, everyone here took steps to make an even better Evernote—from behind the scenes to in-app, from exciting new partnerships to taking the message of productivity on tour to every corner of the globe.

The big news at Evernote in 2016 was integration with Google. To make it even easier for you to combine the work you do in Google Apps with your notes, in May, we announced that everyone using Google Drive could access their Drive files from Evernote. With so many people telling us they already used Evernote and Google Drive side-by-side, we wanted to make that process as intuitive as possible. Today, Evernote users don’t even think twice about adding Google Drive files to Evernote.

Your Google account also makes signing into Evernote faster than ever. in November we rolled out a new single-sign-in allowing anyone with a Google account to sign into, or create, an Evernote account using their Google credentials. When you open Evernote, just choose “Sign in with Google." You can always decide to keep your Evernote sign in, but opting into this feature means one less password to remember.

Google and Evernote work so well together for our customers that we decided to become a Google customer ourselves. After an intensive period of research and investigation involving several cloud providers, we selected Google Cloud Platform to provide our data infrastructure moving forward. We are proud to say that we were able to migrate to the secure Google Cloud Platform—a massive undertaking involving billions of notes and attachments—in a mere 76 days. Learn how Google Cloud enables Evernote to put resources toward innovation instead of maintenance.

A refreshing look at iOS, Windows, and Android

Evernote customers with an Android device got some significant improvements in 2016. Our Android app incorporates advanced, button-free scanning with the ability to save scans as notes, email them to friends or colleagues, or share them to social media. Android customers also got image annotation, and Premium customers got business card scanning and PDF annotation.

Naturally, we didn’t ignore iOS fans. In September, we added functionality for 3D Touch on iPhone 6 and 7. Press the Evernote app a little harder to see quick actions to create a new note, take a photo, create a reminder, or search your notes. Add Evernote to iMessage, and get instant access to your notes so you can share them right from within the Messages app. But all of that is just the beginning—even more improvements to Evernote for iOS are in beta now and coming to devices this year.

On Mac, customers fell in love with a simple new command—Cmd+J lets you toggle between notes in just a few keystrokes. This one simple command makes finding any note in seconds a breeze.

Our Windows apps also got a makeover. In April, Evernote for Windows became even more intuitive and friendly with a new design that offers a thinner left navigation bar, smarter search functionality, and more. From hovering options for jumping between notebooks or applying tags to organizing with color, Evernote for Windows was a hit.

One of you, though you probably don’t know it, quietly became Evernote’s 200 millionth customer. Customer Number 200 Million might be a college student. When we reached out to students this summer, thousands of students at universities all over the world went back to school with a new, powerful study tool. Number 200 Million could be in Latin America, where we passed 20 million users. Or, Evernote’s 200 millionth customer might have attended one of the large trade shows in Europe at which Evernote was proud to serve as official note-taker. Whoever you are, thank you.

Evernote’s outreach around the world wasn’t just online. Through the newly-formed Evernote Community Program, we held live events on four continents. Evernote’s own Josh Zerkel logged a lot of frequent flyer miles and tried many new hamburgers around the world as he hosted these popular free events, which were open to the public. With topics ranging from Evernote for Small Business Productivity to Stress-Free End of Year Planning, Josh brought in experts from among Evernote Certified Consultants (ECCs) and Evernote Community Leaders (ECLs) to share tips, wisdom, and Evernote love. Josh’s community events in Asia, Australia, Europe, and throughout the USA inspired ECCs and ECLs to host their own live events, bringing together local communities all over the world.

2016 was a year that inspired everyone at Evernote. With new features for virtually every customer on every platform, people from all walks of life discovered new and innovative ways to get organized and get more done with Evernote. In celebration of your stories, ideas, creativity, and industry, Evernote’s blog featured inspirational stories from students to artists to ultra-marathoners. We also sponsored National Novel Writing Month (NaNoWriMo) and helped hundreds of writers reach a cherished goal through templates, advice, and even a Facebook Live event from NaNoWriMo headquarters.

We’re proud of the company and the app that we’ve become, and we plan on doing even more in 2017.

From everyone at Evernote, we wish you a happy and notable year.