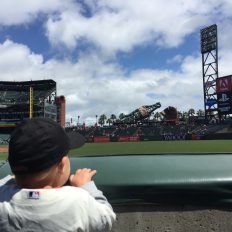 The people who work at Evernote tend to be creative, individualistic types with a flair for spotting and using great ideas. Inspired by airy surroundings and collaborative atmosphere, Evernoters happily mix work with life and share their discoveries about using Evernote. In this series, we’ll spotlight employees and the clever and creative ways they use the product! Get some inspiration from Evernote insiders. 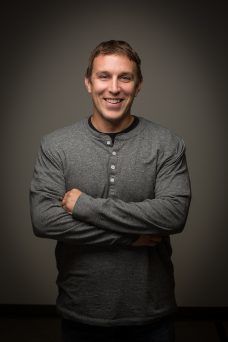 Jarrad Wilson is a sentimental guy. Memories mean a lot to him but he also looks forward to creating new ones. A customer success manager at Evernote, he helps customers get the most from Evernote’s business product. But in his own life, in addition to using Evernote for work, he’s devised ways to use Evernote to discover new things about his surroundings. New to the San Francisco Bay Area, Jarrad keeps a notebook to remind him of things he’s interested in doing on the weekends. When co-workers make recommendations, or he sees something interesting on the web, he saves it in Evernote so he never runs out of new avenues to explore.

“Of course, now, that I have a son, I’m interested in finding kid-friendly activities and restaurants," Jarrad noted. Speaking of his son, Jarrad has taken the concept of a baby book to the next level using Evernote.

“This is my first kid, and having a kid doesn’t come with a manual," Jarred said. “So any resources I can find about what to do with him at each age, how to play with him, engage, educate, or inspire him, I clip into Evernote. It’s something to refer to later when I’m not sure what to do." 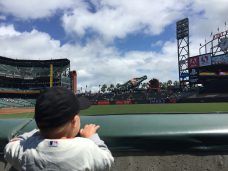 Jarrad’s two-year-old goes to a tech-savvy daycare that sends out monthly updates on how he’s doing. If they mention any milestones, Jarrad notes those in Evernote. “Snack and meal calendars go into Evernote, too, so we have a rough idea of what he eats. When we take him for haircuts, I show the stylist pictures of styles that everyone has liked. I note his medical records. I’m also tracking things like words and walking milestone dates.

Jarrad is aware that he’s creating a private, precious record in a safe place not only for himself but as a testament for his son, as well. He plans to show the notebook to his son when he’s old enough. “Being a parent gives you a whole new perspective about memories," he said. “Inside jokes may be forgotten, memories may fade, and moments go. I’ve even heard of people who have recorded their child’s heartbeat in Evernote. Memories like these don’t matter to other people," Jarrad reflected, ‘but Evernote is a way to preserve them for those who care, and can make those memories tangible."

Find it fast with powerful search