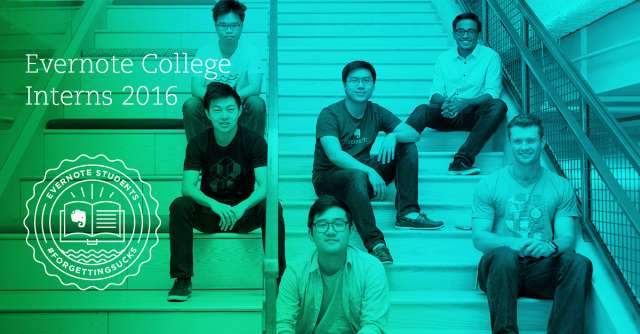 Every summer, Evernote welcomes a group of college interns to work in our Silicon Valley headquarters. Some have just finished college, and some will return to school after their memorable internship is complete. A few interns were Evernote fans before they worked here, but others had never heard of it. Now, as the summer program draws to a close, our interns share what they’ve learned about Evernote, and even pass down some tricks they used in college to make note-taking and studying easier. Meet Shivam, Brandon, Jason, Ji-Hern, Stuart, and Hoang—Evernote’s Interns of 2016. 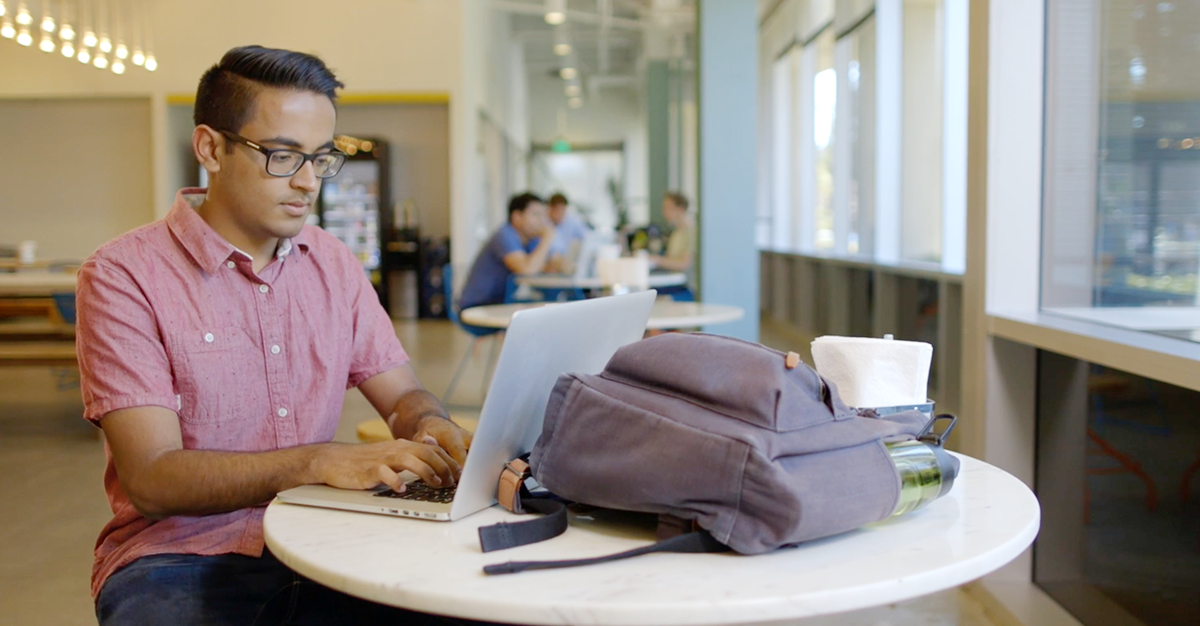 Shivam (Software Engineering, MacOS) got an account when I was still in high school because my sister introduced me to Evernote, but I didn’t start to use it until I got into college. All the paper notes were piling up, and I didn’t know how to keep track of them. That’s when I remembered I had an Evernote account. After that, I became a power user.  To be honest, I tend to be careless. I always got a planner at the beginning of every school year, and at the end of the year, it was still blank. I never wrote anything down during the year.

Hoang (Web Services): One day, I lost all my physical notebooks. I left them in a lecture hall. There were 300 people in there. I went back for them, but they were gone. So I switched to [another note-taking app] but there was a glitch, and I lost all those files, too, and I couldn’t get them back. I had installed Evernote because it was a top app in the App Store, but I hadn’t used it. When I lost my notes—twice—I went to Evernote, and I haven’t looked back.

Brandon (Web Services): I took all of my notes in Microsoft Word and kept them all in one folder on my desktop. It’s hard to organize notes that way, and forget about finding something again; it’s too much work. When I got PDFs, I’d have to scroll through all these slides to find the information I needed, and it took so much time. It also took up a lot of space, and I always had to remember to backup my computer—I didn’t want to lose notes like Hoang did! 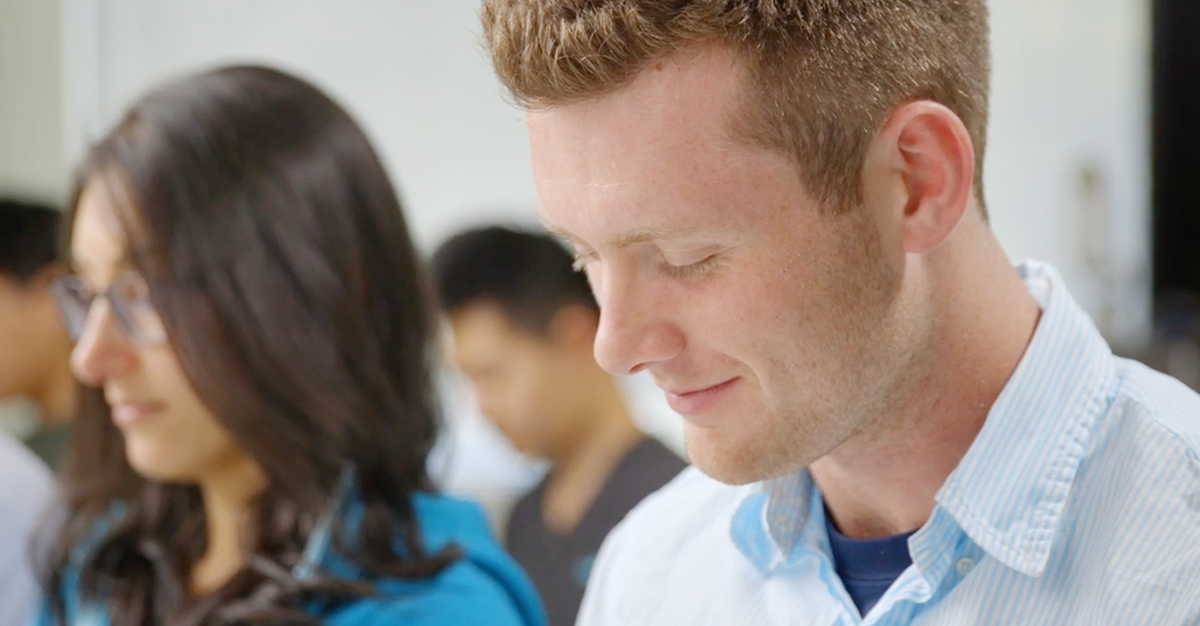 Jason (Marketing): I’m the captain of my school’s baseball team, so I sync Evernote with my Apple Watch so I don’t have to pull out my phone on the field. I’m out there training three to five hours a day in the fall, and I have all the practice plans in Evernote. It’s important to stay on task and remember it all. Now I can see agendas, all the stuff I need to do for the team. You can’t carry a phone with you onto the field. But you can see all your notes from Evernote right on the watch. That’s convenient. 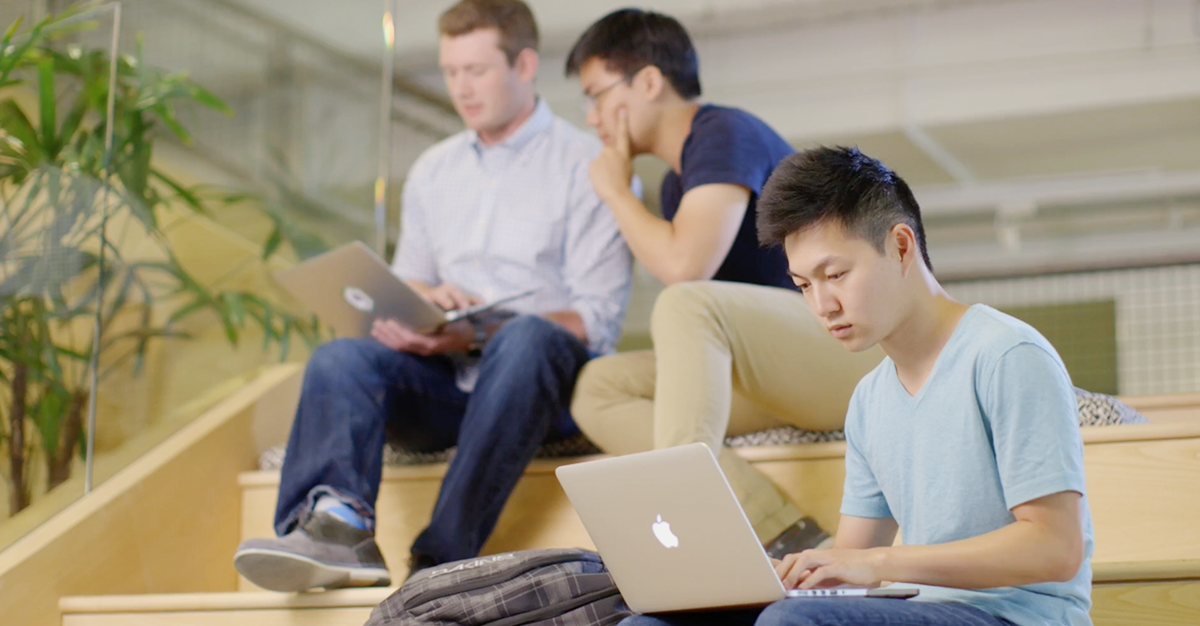 Brandon: I have all my notes from classes I’ve taken before, and I’m consolidating them in Evernote. I’m going to need to review all this information before I go in for job interviews. That’s what’s great about Evernote—it’s a place where you can drop all your ideas without having to organize them yourself. That’s a huge time saver. I used to take pictures of whiteboards with my regular camera, but they would get lost among all the other photos on my camera roll. With Evernote, they go right in the class notebook so that I can find them immediately.

Shivam: Music production is my thing. I’m thinking about it all the time, but I can’t keep track of tunes as they come into my head. I use audio recording to capture the music I’m thinking about—I whistle what I’m thinking so I can come back to it and develop it later. I knew about the audio functions before I came to Evernote, but it didn’t occur to me to use it for music.

Stuart (Data Engineering): There are so many features in Evernote that I wasn’t aware of. Web clipping is my favorite. I have to do so much research and have to keep annotated bibliographies. It’s so helpful to be able to clip the article that I need so I can properly quote and cite them. Now I put in a search term, and it comes right up. 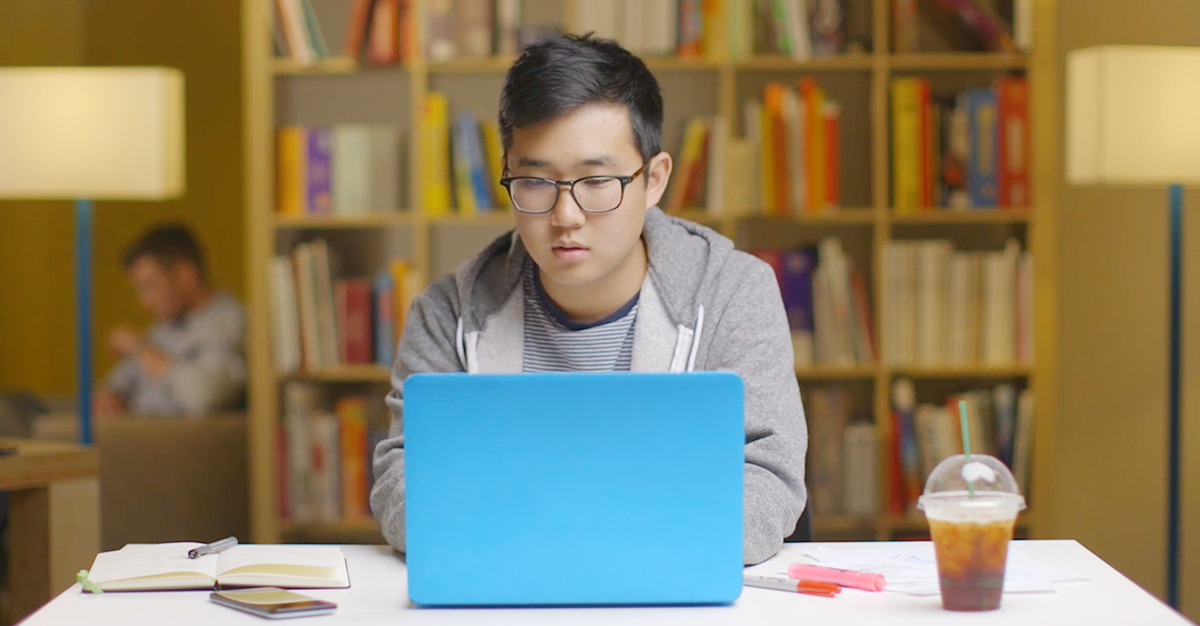 Ji-hern (Product Design): I used to take plain-text notes for my lecture classes. A friend of mine was a fan of the product, and she suggested that I use it. It was great to finally have a single, central location for all my notes. I can find whatever I want really fast, and I can’t lose them.  It’s a one-stop place to write everything down I need to remember, and anything I want to record is right there when I want it, too.

As the summer draws to a close and the Evernote interns prepare to either return to school or face the job market, they all express that Evernote has changed the way they look at taking notes and managing classes. Jason, the college baseball team captain, summed it up best:

"In a school context, it kind of feels like a super power. I will work less hard and have greater success than I ever had because I’m now so aware of these tools that I have. It’s really cool, going back to school and feeling so prepared. I feel like I can’t fail."