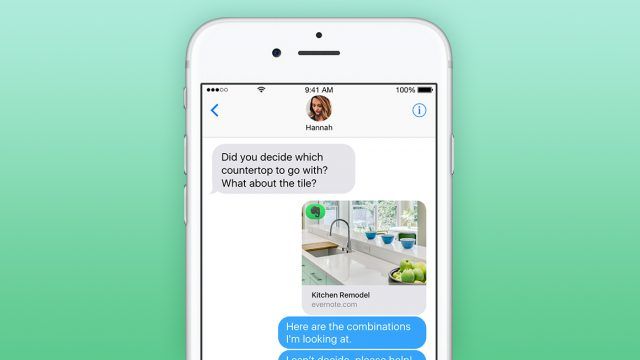 Like many of you, we’re excited about the release of Apple iOS 10. We’ve been working tirelessly behind the scenes to bring you an iOS update to Evernote that makes the most of the new features in iOS 10. Some of the updates are pretty invisible to you—you might notice we’ve made it easier to find your notes, your scans have become more accurate. Other times, we release bigger changes. If you have an iOS device, you’ll soon see an update called Evernote Version 7.17. We’re all pretty excited about this release.

In 7.17, you get enhanced features that go along with the new capabilities built into iOS 10. This release will expand not only what you can do with Evernote, but how you interact with it on your device. Here’s an overview of what you can expect:

If you have an iPhone 6s, iPhone 6s Plus, iPhone 7, or iPhone 7 Plus, press the Evernote app a little harder to see quick actions to create a new note, take a photo, create a reminder, or search Evernote. You also have a new quick action available in iOS 10, the option to Share Evernote, which will allow you to send the link to the Evernote app in the App Store to anyone you choose. Pressing on the Evernote icon will also give you access to the updated Evernote Widget that you can add to your device’s Search screen. 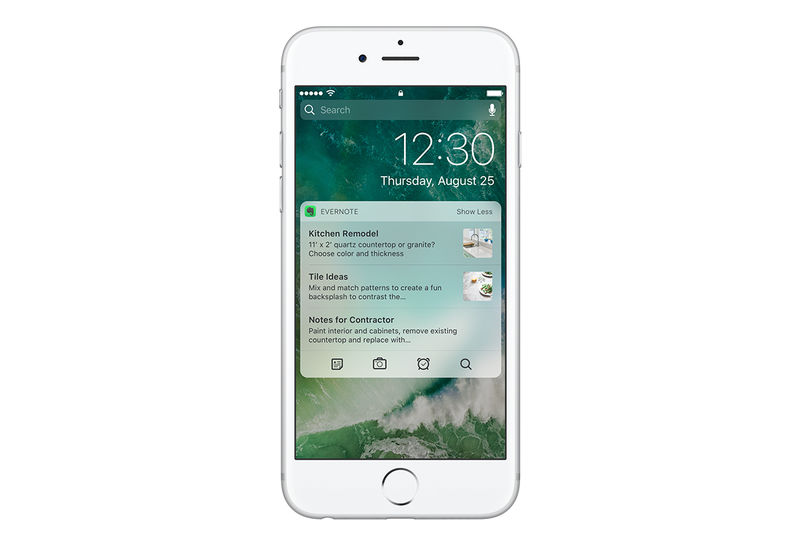 Now when you swipe from left to right from the Home screen or the Lock screen, you’ll find the new place for widgets: the Search screen. Add the updated Evernote widget to view a single suggested note. Toggle to the expanded mode to expose up to three of your most relevant notes, and perform frequently-used actions, including search, camera, start a new note, or reminder. 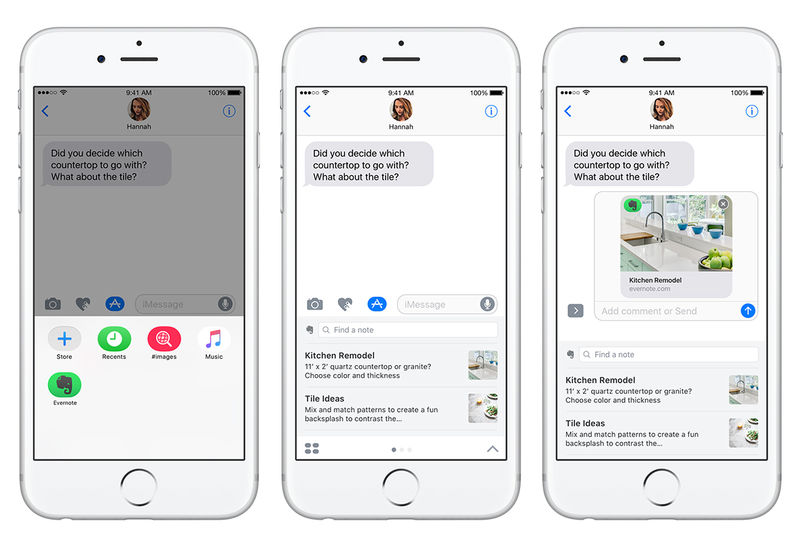 We’re really happy about what’s coming to Messages. With the introduction of the App Store for iMessage in iOS 10, you can do more with messaging than ever before. Now, that includes sharing a copy of a note from Evernote with anyone else using iMessage, without leaving the Messages app. Launch Evernote for iMessage, search your notes, and select the one you want to send. Evernote for iMessage lets you share notes with other iMessage users. If your recipient already has Evernote, the link will open right in the iMessage app.This is a perfect way to send meeting and project details, reminders, class notes, or anything you want to share on the go.

Once you’ve upgraded to iOS 10, be sure to also download Evernote 7.17 to take full advantage of all the advancements, updates, and improvements we’ve been working on to ensure your notes are always easy to write, search, find, and share.