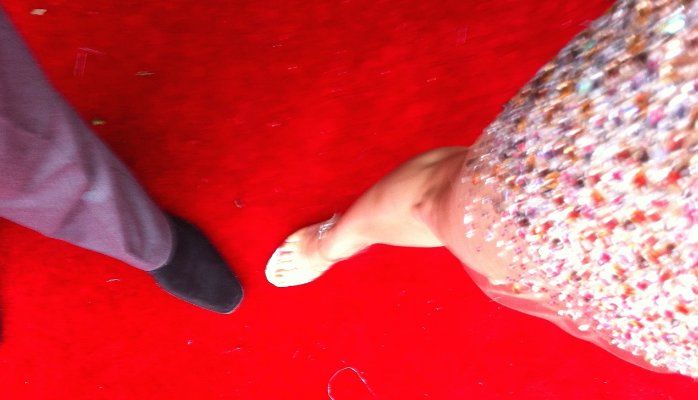 How custom apps got me on the oscar red carpet

There are two truths that everyone who works in the entertainment industry in Hollywood knows: first, it’s impossible to separate work from life outside work. They blend and become one and the same. Why? Because of the second truth: you’re working here because you love it, and there’s nothing you’d rather be doing.

As a movie buff, I can immerse myself in my obsession for film, and I can work to help make them and help others tell the world about them. In the early years of developing my business, when I had the chance to work with the Motion Picture Academy of Arts and Sciences® (which produces the Academy Awards®) I knew I’d found the perfect blend of work and my obsession with film.

I am the owner of Los Angeles-based iSolutions, an award-winning company in our 19th year of developing custom apps for the entertainment industry. We use 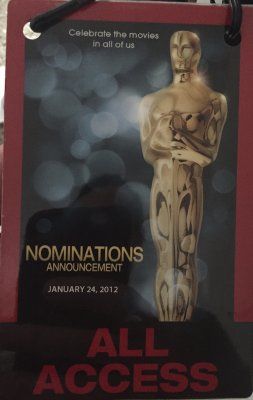 the FileMaker Platform because it is a rapid application development tool that makes it easy to quickly create apps that work seamlessly on desktop, iOS, and the web. And because my company is a platinum member of the FileMaker Business Association (FBA), Hollywood studios and companies often call on me to develop specialized apps for film, television, and events. Being such a movie buff, I’m excited to specialize in catering to the needs of this ever-changing industry.

One of the craziest byproducts of working in the entertainment industry was when my work with the Academy® back in the day, led me to be able to attend the Oscars® for ten straight years - red carpet and all. There are moments when everybody asks themselves, “how did I get here?" and boy, every year I was at the Oscars®, that thought ran through my head. I’m just a nerdy software developer from the Midwest, what the heck was I doing at the Academy Awards®? It was surreal. But, standing amidst that glitz every year, I knew exactly how I’d turned my love for movies into being a guest at the greatest film event of them all.

The very non-glamorous answer to that question was that I created custom apps that the Academy® depended upon during those years, apps which helped them put on the show and conduct their year-round business activities. Often, companies need to automate unique workflows and processes specific to their needs but they aren’t

able to find an off-the-shelf app that meets their requirements. In the case of the Academy®, one of my proudest professional achievements was being single-handedly responsible for taking the Academy® from their paper-based membership and seating applications into the digital world in the early 2000's. I did so by making several custom apps, including my one of my favorite projects in my career: an interactive seating chart that matched the layout of the Dolby Theatre® (formerly the Kodak Theatre®) where the awards are held.

Have you ever noticed that the seating arrangements at the Oscars® telecast is well-choreographed and arranged, so that the cameras always know where to find nominees, movie casts sit together, and there are never any delicate social situations among the A-list members? My team and I created and app using the FileMaker Platform that kept track of the complicated seating plan and allowed the event planners streamline a formerly analog seating process.  Here’s how it worked:

I earned my own seat at the Oscars® by helping the Academy® seat other, more important, guests.

And the impact of these custom apps was measurable too, we reduced the number of staff hours required for seating by 18% the first year alone. For the 84th Academy Awards® Governor's Ball, 1015 guests (71%) were processed in the first 15 minutes and 1259 guests (88%) in the first 25 minutes making it the fastest seating year in the history of the Academy®

Since designing this revolutionary app for the Academy, We’ve also customized the same app engine for Walt Disney Studios Motion Pictures® where they currently use it to seat VIP guests at all of their world premieres. The FileMaker Platform has allowed me to create a variety of different apps for the entertainment industry. From areas as diverse as offices and sound stages at traditional Hollywood studios, to the glittering motion picture markets at global film festivals, to logistics, event planning, props, and costumes, Hollywood has built an app to manage it.

Every studio is looking for the next big thing

Award shows are the final act of a successful film. Most people don’t know that the road to the Oscars® often begins at a film festival or market. At these events, acquisitions executives — studio employees who negotiate the purchase of film properties — can evaluate and make offers on films for distribution. When you hear news about movies getting a lot of attention at Sundance® or Cannes® or some of the other film festivals, you’re only getting half the story. The other half is, “is the film being bought?" And that isn’t happening in public. That’s taking place in cafés and restaurants, and in private meetings. Every studio wants to own the next big thing, and it takes a lot of effort, organization, and competition to win it.

Before my company created the “Film Tracker" app , acquisitions employees carried big notebooks called Festival Books with them. These books were difficult to manage, and it was not possible to share information. Now, these employees put that information in a shared, multi-user mobile custom app for iPad. Acquisitions employees can now easily track their notes as well as each other’s impressions of each film they’ve viewed. Studio executives can see these notes in real time and send immediate instructions to seal or cancel the deal.

Film Tracker had, in Hollywood parlance, “legs." A year after my company helped launch it, an acquisitions executive at another studio called me. She had just moved to a different production company, and she told me that she didn’t want to do her new  job without the app I had built for her previous company. She wanted to take her digital resources with her, but her new company had a different set of requirements and processes to do the same thing as she had done before. Since customizing processes as needs arise is one of the top features of the FileMaker Platform, we were able to adjust the app and personalize it to match the new studio’s processes.

Today, we have 13 studios using the FilmTracker FileMaker custom app for film distribution. In every case, we customized the user experience. We tweak its custom reporting capabilities and make it look and feel just as each studio wants. Using the FileMaker Platform, we help each studio as their unique needs and workflows evolve.

I also created apps using the FileMaker Platform to help studios manage massive collections of props, costumes, furniture, and set pieces in on- and offsite warehouses. Tracking the location of each item can be a nightmare, and even awareness that a set piece exists (and therefore, doesn’t need to be built) resided in the memories of an ever-changing staff of creative professionals. By using a custom app and a bar code tag on each item, studio personnel can easily track inventory and location of every asset, and drivers can get these items to the stage or set where they’re needed quickly. Taking advantage of the bar code scanner built into FileMaker Go, which runs custom apps on iPad and iPhone, film and television professionals check items in and out. Meanwhile, set designers use the app for inspiration. By looking at pictures of each asset, they can get ideas about how to design a set around a specific piece they love or use the app to ensure that a crucial element of their design already exists.

Custom apps from scene to screen

Every day, television and particularly, motion pictures, shoot only a few minutes of the final product. The amount of work filmed is known in the entertainment industry as “dailies," and keeping track of them is critical to budget, approvers, and continuity. Ensuring that each take is cataloged and noted is the job of yet another app. One app that we created for a major studio allows users to drop video clips into container fields in the app, label each take, and note all of the important data about the take right in the app. Later, continuity experts can use the app to minimize the risk of error, and studio executives can keep tabs on the shooting progress. Directors also use the app to mark takes as favorites for later editing.

After shooting is completed, custom apps are instrumental in post-production. Because these apps can be configured to work with popular industry editing software like Avid Media Composer and Final Cut Pro, post-production supervisors can use both to manage workflow and assignments. Every studio works just a little differently, so there is no app that meets each one’s needs precisely. We’ve made the tool fit the way they work. The app also manages animations and keeps tabs on version control. Animators can preview each figure as it iterates, see what changes have been made, and supervisors can make sure that no two people are working on the same thing at the same time.

The key to succeeding in anything in Hollywood is versatility. It doesn’t matter whether you’re an actor, a technician, in administration or some nerdy tech guy from Wisconsin. Whatever you are, you have to be ready to turn yourself into whatever the studios need next. That kind of flexibility is exactly what apps created using the FileMaker Platform are designed to be, so it’s no wonder that Hollywood loves them so much.

If you are curious about seeing these apps, I am actually doing a live event where I show off a bunch of these custom apps in Hollywood in April. Registration is open and FREE (so is lunch)! Message me for RSVP details.

I did a webinar last month that shows off all the custom apps I mention here and the ones we will demonstrate in the live event in April: Click Here To Watch.

Ip. Great article. It's been terrific watching you build your business organically and intuitively. You are great at what you do because you love it. Kudos brother.

Nice work! Great to see FileMaker in the spotlight!